The Tall Ship Phoenix is a two masted Brig, period rig, all wood construction.   She is able to sail worldwide to any marine location and, if necessary, can be converted to replicate a vessel from other periods in maritime history.

The ship is also ideal for corporate and events work, with decks able to comfortably accommodate up to 50 persons at a time for receptions, product launches etc.

The star of numerous television productions and big screen movies, Phoenix is the perfect ship to film in harbour or at sea.

Built in Frederikshavn, Denmark in 1929, she began her working life as an evangelical Mission Schooner. Twenty years later she retired from missionary work and carried cargo until her engine room was damaged by fire.

Purchased by Square Sail in 1987, a first aid over-haul enabled her to sail back to the UK where she underwent a complete refit.

In 1991 she was converted to the 15th century Caravel 'Santa Maria' for Ridley Scott's film '1492 Conquest of Paradise' and remained under that guise until 1996 when, due to increasing demand for period square-riggers, she was converted into the two-masted 18th Century Brig she is today, and reverted to her original name ‘Phoenix of Dell Quay. 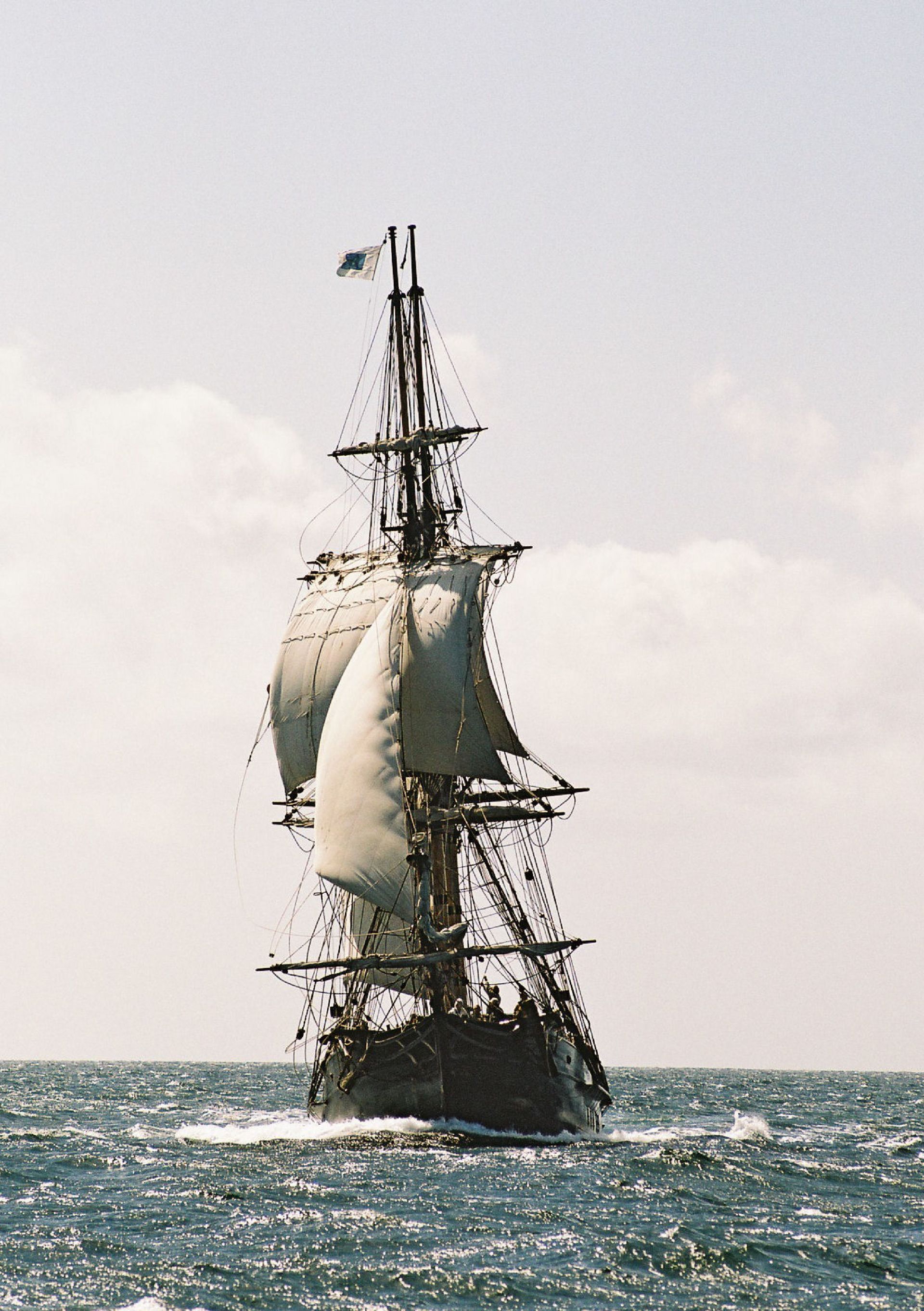